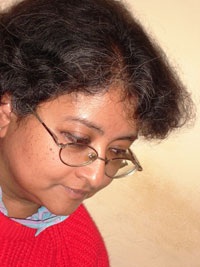 There are different forms of self-consciousness thesis or self-awareness thesis available in different philosophical traditions. Classical Indian Philosophy is no exception in this regard. After an initial characterization of the self-awareness thesis, the paper looks at three most important renderings of the self-awareness thesis found in Classical Indian Philosophy: The self-intimation thesis of the Yogacāra Buddhists, the self-luminosity thesis of the Advaita Vedantins, and the self-revelation thesis of the Prabhākara Mimāmsakas. The aim of the paper is to show that, contrary to the popular reading that these three positions are opposed to each other, we need to look at these as continuous with each other, revealing thereby layers of self-consciousness. The reason why philosophers have thought these positions to be opposed to each other are due to the differences in the metaphysical and epistemological commitments they make with regard to the nature of the self and self-knowledge. However, their differences in metaphysical and epistemological commitments may seem less important when we consider their ethical commitments as well their idea of what the main aim of philosophical enquiry is. This, it is hoped, will help in understanding first-person authority of self-consciousness as emanating from an ethical and agential account of the self.  Furthermore, it will try to show that at the root of authoritative self-consciousness there is an awareness of selflessness.

Manidipa Sen is an associate professor at the Centre for Philosophy, School of Social Sciences in Jawaharlal Nehru University, New Delhi, India. Her areas of interest are Philosophy of Language, Philosophy of Mind, and Epistemology. Her publications include, Thinking about the World: An Essay in De Re Thought and the Externalist/Internalist Debate (IIAS, Shimla, 2008).