CFS Workshop: The We and its Emotions 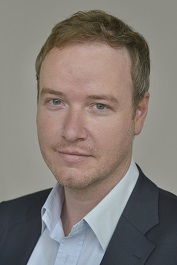 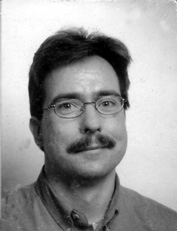 Mikko Salmela, Finnish Centre of Excellence in the Philosophy of Social Sciences, University of Helsinki

Collective emotions are integral to social groups and societies and become obvious in mass gatherings, riots, and responses to widely salient events. However, they remain poorly understood and conceptualized in scientific terms, both regarding their elicitation and their individual and social consequences. In this talk, I aim at contributing to a better understanding of the elicitation of collective emotions. To this end, I suggest a working definition of collective emotions as the synchronous convergence in affective responding across potentially many individuals towards a specific event or object. Based on accounts of the social and cultural constitution of emotion from various disciplines, I seek to provide first steps towards a theory of the elicitation of collective emotions from three main perspectives: face-to-face interaction, knowledge and culture, and social identity. In discussing strengths and shortcomings of these perspectives and by highlighting areas of mutual overlap, I aim at translating these views into a number of bottom–up mechanisms that may explain collective emotion elicitation on the levels of social cognition, expressive behavior, and social practices. Finally, I will discuss how representative data on the social structuration of affective meanings and emotions in German society can be taken as support for some of the proposed mechanisms underlying collective emotions.

Collective emotions and joint action: beyond classical and minimalist approaches
Mikko Salmela and Michiru Nagatsu
Finnish Centre of Excellence in the Philosophy of Social Sciences, University of Helsinki

In contemporary philosophy of collective intentionality, emotions, feelings, moods, and sentiments, do not figure prominently in debates on the explanation and justification of joint action. Classic philosophical theories analyze joint action in terms of common knowledge of cognitively complex, interconnected structures of intentions and action plans of the participants (e.g. Gilbert 1989, 1992, 2003, 2013; Searle 1990, 1995, 2010; Bratman 1992, 1999, 2009, 2014; Tuomela 1995, 2002, 2007, 2013). These theories admit that collective emotions sometimes give rise to joint action or more typically, collective behavior, that falls short of full-fledged jointly intentional action. Yet these theorists are aware of the affective dimension of typical joint actions which their sophisticated theories cannot accommodate. In contrast, minimalist theorists pay some attention to affective elements in joint action. They refer to an association between low-level synchrony in perceptual, motor, and behavioral processes, and increased interpersonal liking, feelings of solidarity, and cooperativeness (e.g. Michael, 2011; Tollefsen & Dale, 2012; Pacherie 2014). Michael deserves credit for opening the philosophical discussion on collective emotions in joint action, but his remarks suffer from his underdeveloped notion of shared emotions. In this paper, we first outline a more robust account of collective emotions. Then we move on to joint actions, arguing that collective emotions can function as both motivating and justifying reasons for jointly intentional actions, in some cases even without prior joint intentions of the participants. Second, we address the coordinating functions of collective emotions in joint action, supplementing minimalist theorists’ remarks. Third, we highlight the affective rewards of joint action that render all typical joint actions intrinsically rewarding, and thus motivating for the participants. These are partially the same mechanisms whose coordinative functions minimal theories have discussed, yet without paying attention to their motivational side. Finally, we suggest that shared affects experienced during joint action contribute to the emergence and reinforcement of a phenomenological sense of we-agency, as analyzed by Pacherie (2013, 2012). In conclusion, we offer some suggestions on how existing philosophical accounts of joint action, both cognitively complex and minimalistic, should be recast in light of our account.