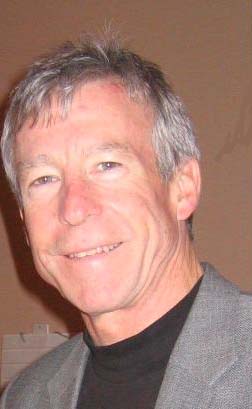 Abstract: Heidegger’s appeal to the Volk in his writings and lectures between 1927-1936 is deeply bound up with his attempt, after Being and Time, to develop the “metaphysical” implications of his phenomenologically “neutral” account of Dasein. I have argued elsewhere that this attempt is governed by a certain appropriation of Leibniz’s concept of the “monad,” a concept which Heidegger describes as one of the “cleverest philosophical ideas since Plato” and develops initially as a way of understanding the metaphysics of interpersonal understanding, or Mitsein. But it also serves as the basis for his metaphysical account of the difference between the being of Dasein and the being of the animal. By 1933, when Heidegger becomes the first National Socialist rector of the university of Freiburg, these metaphysical motifs have led to the idea that the individual can be authentic only within the State, the “being” of a particular historical Volk. In this paper, I will outline the elements of Heidegger’s move from phenomenology to metaphysics and will concentrate, particularly, on the transformation this entails in his concept of Mitsein: from the critique of empathy found in Being and Time to his “meta-political” idea of the State as the Volk-specific condition of all interpersonal understanding. My goal is to stimulate discussion not only of the philosophical underpinnings of Heidegger’s own involvement in politics, but also of the broader relation between transcendental phenomenology and metaphysics.

Steven Crowell:
My main field of interest is twentieth century European philosophy, especially phenomenology (the philosophy of Edmund Husserl) and its development in Heidegger, existentialism (Sartre, Merelau-Ponty, Levinas), hermeneutics (Gadamer, Ricoeur) and post-structuralism (Derrida, Lyotard). My systematic interests lie in metaphysics, philosophy of mind, aesthetics, and the philosophy of history. I also do research in the 18th and 19th century background to contemporary European thought: Kant, German Idealism, Nietzsche, Kierkegaard, and the German neo-Kantians.

My current research continues in the tradition of phenomenological transcendental philosophy. More specifically, I am interested in the relation between intentionality and normativity; in other words, in the relation between our phenomenological experience of a meaningful world and our ability to respond to norms (standards, ideals, measures, rules, etc. – “norms” in my sense take many forms) as such, to understand ourselves as acting in light of them. This fundamental ability (which is, on my view, the essence of what it is to occupy the first-person stance and is best approached through the existential notion of “commitment”) is a condition of all ethics, cognition, understanding and, in general, our being-in-the-world. I hope to draw this work together in a book on the ontological roots of reason.