Kant and Husserl and the problem of imagination 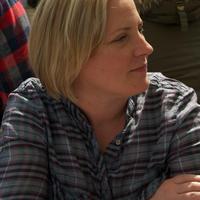 Julia Jansen is an associate
professor at the Institute of Philosophy of the University of Leuven, where she
also work in the Husserl Archives.

Her research combines systematic research and historical scholarship, and draws
on phenomenology and Kantian philosophy in order to illuminate issues of
imagination, perception, and a priori cognition. I am also interested in methodological questions concerning the scope and validity of transcendental philosophy and concerning the special status of the modalities of possibility and necessity.

Abstract:
Recent debates on speculative realism have construed much of continental philosophy as generally 'anti-realist’. According to such generalizations, there is no significant difference between Kant’s and Husserl’s transcendental philosophies insofar as they both come down to ‘weak correlationist’ positions. Against, this view I explain some fundamental differences between Kant and Husserl in this regard, which can be demonstrated by paying attention to the different roles the imagination plays for either. I conclude by challenging the ‘anti-realism’ charge in both cases, albeit in different ways.

The lecture is open to all. Everyone is welcome!