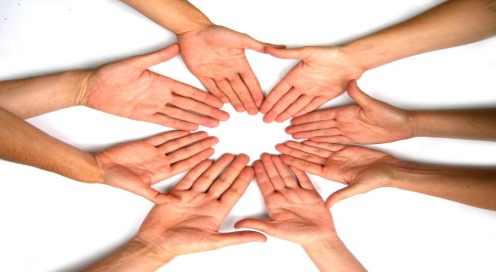 10:00 - 11:00 Varieties of Shared Activity: From the Genus to the Species. Glenda Satne (Santiago/ Wollongong)

The workshop is free and open to all

Abstracts of the contributed papers

Varieties of Shared Activity: From the Genus to the Species. Glenda Satne (Santiago/ Wollongong)

There are many forms of shared activity, from those pursued by informal groups spontaneously, to actions performed by highly coordinated dyads of individuals in face-to-face situations, to institutional actions spread in space and time. Following some recent accounts of shared intentionality, I argue that the ‘sharedness’ in shared intentionality is best exemplified in cases of joint action informed by joint practical reasoning, in which agents deliberate together about the best means to pursue an action and then act upon such deliberation. I argue that joint activities of the relevant sort share a normative structure given by practical, means‐end structures, that are commonly known by plural agents ‘we’. By analysing a larger set of examples of shared activities, I argue that these structures are exemplified in various different species of joint activity when no explicit deliberation is involved.  Those range from intersubjective spontaneous coordinated activities that involve mutual tracking, mutual responses and mutual attunement - joint improvised dance falls under this category - to more complex joint activities as the ones scaffolded by instructions or specialized background knowledge  - as when playing music together by following a musical score or in case of jazz group improvisation  -and social norms and institutions, e.g. when playing chess, paying a check at the Bank Cashier, or driving through a crowded street. I propose a methodology that allows to capture the key elements of shared intentionality, while leaving room to include under these characterizations cases that do not exhibit some of the features of the core instances or do so only in an approximate manner.

The topic of joint attention has attracted increasing interest from psychologists and philosophers, in spite of there being little agreement on what joint attention is, and on how we should understand it. I will start out by focusingon a tension between, on the one hand, the ‘rich’ characterization of triadic joint attention that many psychologists and philosophers endorse, and, on the other, the reductive strategies that are often adopted to explain it. I will then focus on John Campbell’s and Naomi Eilan’s non-reductive approaches to joint attention, on the arguments that speak in favour of them, and on how a non-reductive approach might go about the challenge of specifying the interpersonal component of joint attention while upholding non-reductionism. This is a challenge that Campbell does not address, and that Eilan proposes to meet by appealing to a primitive notion of “communication-as-connection”. Against the background of these views, I will propose that a developmental version of the challenge can be met by investigating how triadic joint attention involves a specific form of “self-other equivalence” (Tomasello) that is enabled by dyadic reciprocal engagements between infant and caregiver, and that plausibly enables communicative engagements.

Unstructured Groups and Obligations to Act Together. Olle Blomberg (based on collaborative work with Björn Petersson) (Lund)

There has been considerable work in social ontology and social epistemology on the possibility and nature of collective beliefs. Debates typically have centred around the distinction between collective belief and acceptance (e.g. Tuomela 2000; 2007; Gilbert 2002; 2004; Wray 2001, 2003; Tollefsen 2002, 2003; Hakli 2006, 2007). However, the respective arguments pro and contra collective beliefs proper have, I take it, reached a stalemate. In this paper, I propose to look at the issue from a different perspective and suggest a novel solution: by drawing on recent debates in the philosophy of mind, I shall argue for the claim that we can best account for collective doxastic states by endorsing so-called essential normativism about thoughts (e.g. Zangwill 2005; Wedgwood 2007), viz. the claim that thoughts imply, or constitutively depend on oughts. In particular, I shall argue that unlike individual beliefs the doxastic properties of a group are essentially (identical with) normative properties, i.e., they are constituted and individuated by those norms of rationality, which are set by the rational point of view (Rovane 1998) of the respective group.

The conference is funded by the Independent Research Fund Denmark.