CFS Lecture by Kenneth Williford, The University of Texas at Arlington, US. 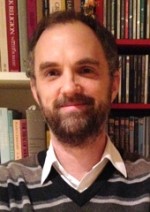 I outline a new model of the structure of consciousness (put forward by David Rudrauf, Daniel Bennequin, Karl Friston and myself) called the Projective Consciousness Model (PCM), and discuss the light it casts on the relationship between self-consciousness and intersubjectivity.

According to the PCM, the global structure of consciousness can be properly characterized in terms of a projective 3-space, and its function and dynamics can largely be understood in terms of free energy minimization under projective transformations.

On the model, pre-reflective self-consciousness can be described in part in terms of the global reciprocity and involutive structure of such spaces in a way that synthesizes “non-relationalist” intuitions about subjective character (cf. M. Frank, D. Zahavi, G. Strawson) with “relationalist” ones (cf. D. Rosenthal, U. Kriegel). The capacity for perspectival imagination (and related phenomena, e.g., perceptual protention, empty intending, joint attention and “I-Thou” mutuality) can be understood partly in terms of the group of transformations characteristic of projective 3-spaces; and the model may shed light on aspects of certain “pathologies of perspective taking” (e.g., ASD, heautoscopy, schizophrenia).

The PCM links pre-reflective self-consciousness directly to the capacity for perspectival imagination and intersubjectivity.

Thus, if the model is correct, consciousness is inherently proto-intersubjective, confirming a basic intuition of the Phenomenological tradition.

The lecture is free and open to all. Welcome!