Former CFS Postdoc Borut Skodlar has been promoted to professor at the University of Ljubljana, Slovenia

BORUT SKODLAR is a psychiatrist at th 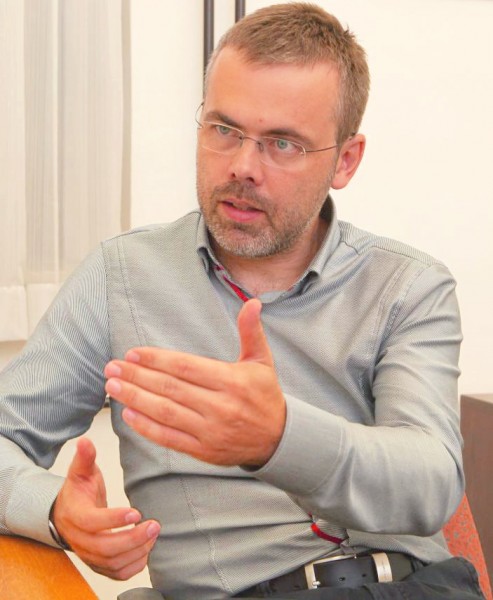 e Psychiatric University Hospital in Ljubljana and as of June 29, 2015 a professor at the Chair of Psychiatry, University of Ljubljana. In 2007 he visited the Center for Subjectivity Research as part of his PhD, and later, in 2009, he worked as a Postdoc at the Center for a year.

Prior he has completed training in logotherapy and existential analysis at Süddeutsches Institut für Logotherapie, Munich (1994-1997), training for psychoanalytic psychotherapist (Slovenian Association of Psychotherapists, 2001-2008) and training in group analysis (Institute for group analysis Ljubljana, 2005-2012). In 2004 he achieved a MSc degree and in 2008 a PhD degree (Medical School of Ljubljana & Center for Subjectivity Research, University of Copenhagen). He was awarded the national prize of scientific excellence in the field of psychiatry for the year 2013.

His clinical and academic interests as well as publications are focused on phenomenological analysis of emotional processes and suicidal tendencies in schizophrenia patients, on psychotherapy of psychotic disorders and on interconnections between spiritual quests and mental disorders. In his research, he combines interdisciplinary investigations of meditative practices and mystical experiences with continental phenomenological research of self-experience in diverse psychopathological and mystical states, collaborating with both philosophers, psychologists and neuroscientists.