The film was part of Kristian Martiny's PhD project at the Center for Subjectivity Research, and has also won the Main Competition DOK.international at DOK.fest Munich as well as been nominated for a Nordic:Dox Award at DOX:CPH, the Feature-Length Documentary Award at IDFA, a Robert Award and a Bodil Award. 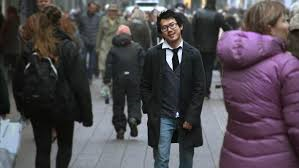 See the trailer on Vimeo or read more about Martiny's current project.