New Children's Documentary About Personal Identity and the Brain

Based on an initiative and grant from the Lundbeck Foundation, Kristian Moltke Martiny from the CFS has worked together with the production company 'Made By Us' to make a documentary for kids called 'Me and My Brain (Mig og Min Hjerne). The documentary is about personal identity and the brain. Kristian's role was to develop the scientific content for the documentary and to make sure that it had the necessary scientific and educational basis. To do so, he assembled, managed and collaborated with an interdisciplinary team of researchers from University of Copenhagen:

The documentary premiered by opening this year’s Child and Youth program at CPH:DOX, and has since traveled around cinemas, libraries, museums and culture houses in Denmark. It has been shown at the annual Big Bang natural science educational conference, and will be shown at the Golden Days Festival in Copenhagen. This documentary is now also part of the Bio Tech Academy's educational service, and will form a part of the educational material for a new book about the brain for kids, which will be published by Rosinante & Co. in 2019. 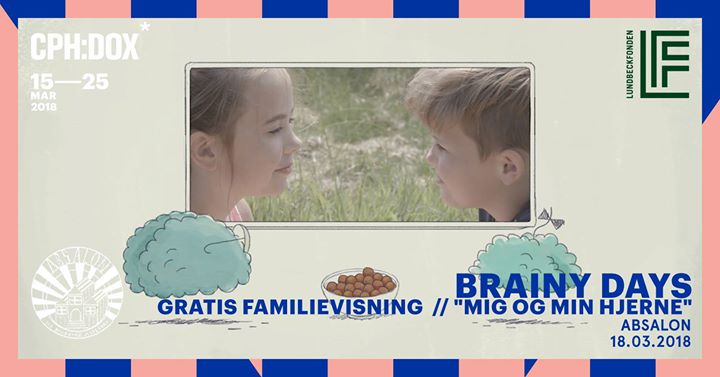