Phenomenology and Embodiment: Husserl and the Constitution of Subjectivity (Northwestern University Press)

Joona Taipale, Center for Subjectivity Research, has published a new book on the phenomenology of the body. 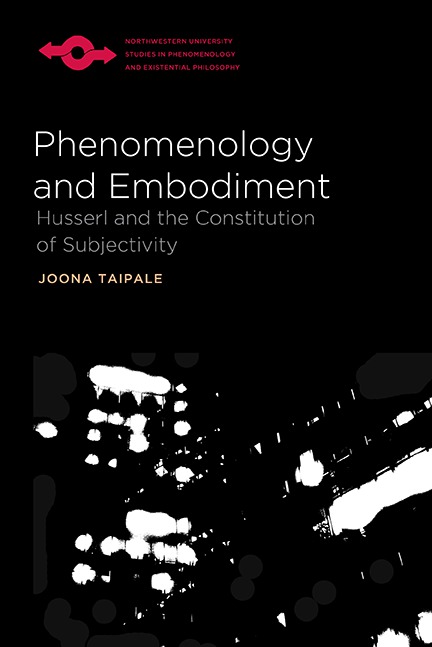 At the dawn of the modern era, philosophers reinterpreted their subject as the study of consciousness, pushing the body to the margins of philosophy. With the arrival of Husserlian thought in the late nineteenth century, the body was once again understood to be part of the transcendental field. And yet, despite the enormous influence of Husserl’s phenomenology, the role of "embodiment" in the broader philosophical landscape remains largely unresolved. In his ambitious debut book, Phenomenology and Embodiment, Taipale tackles the Husserlian concept—also engaging the thought of  Merleau-Ponty, Sartre, and Henry—with a comprehensive and systematic phenomenological investigation into the role of embodiment in the constitution of self-awareness, intersubjectivity, and objective reality. In doing so, he contributes a detailed clarification of the fundamental constitutive role of embodiment in the basic relations of subjectivity.